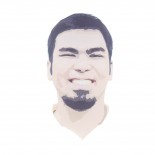 A slice of Joel Emmanuel's life.

Enough of the Arroyo Administration!

We, Filipinos, are so unlucky here in the Philippines considering the problems the country faces, thanks to the maneuverings of a fake president. Despite all the scandals and allegations of graft and corruption, ate glue truly lives up to her name: glued to her position; however almost all the Pinoys dislike her. We should not really allow GMA to extend her term beyond 2010 through constitutional means.

There have been so many scandals and anomalies of the government including GMA and her tutas… plus GMA’s husband, Mike Arroyo. Let me enumrate some of it for you (not in order):

I really insist that it should be not a day longer for a president who lies, cheats, and is above all graft and corruption in government, extrajudicial killings, and all irregularities imaginable. What moral lesson do we, young pinoys, learn from a morally corrupt GMA? Hindi nahihiya si GMA sa ating mga pinoy, gusto ba natin na ito ay maging norm ng dapat ay ipagsalin-saling Philippine value system from this generation to the next, ad infinitum?

There are over 80 million Filipinos and definitely, there are a greater number who are very qualified for the position. It’s not a matter of who is going to take over, it’s all about an alternative that is as constitutional as succession. Noli may be perceived as a no-brainer, and i swear never have liking for him for all his intellectual deficiency, but then he sure is the only legitimate successor.

He is certainly an intellectual misfit but as I said, he is the constitutional successor. And if he proves not up to the job, then let’s change him. Definitely, changing president is a painful process but that’s the way a MATURING DEMOCRACY undergoes. NO PAIN, NO GAIN.

Alam niyo kasi, talagang ang legal approach ay malinaw na malinaw, and it’s a choice we’ve got to make: there’s the impeachment (although as usual it’s a numbers game with the crocodiles in congress outnumbering the decent ones), snap elections (we’ve certainly don’t lack of the likes of Chief Justice Puno et al. to be at the helm of a caretaker government until an honest election is held to elect a GMA successor; certainly I have doubts with the Comelec but hope springs eternal), there’s resignation as an option now getting clearer by the day, People Power Revolt. These are options that we have to pursue as the youth who are poised to inherit whatever succeeding governments leave us.

I stand flat on my views that all the controversies that hound GMA are of her own doing and that you could only infer that corruption, the shenanigans in her government, the lies, the deception, scam after scam all lead to the Malacanang door. I cringe at the thought of another 2 years of GMA. It gives me the shivers living a long 2-year moral bankruptcy that GMA is simply guilty of: bakit natin hahayaang maging isa tayong bansa at pamayanan na hindi kinahihiyaan ng dahil lamang sa isang uri ng katakawan, kawalang kahihiyaan, etc.?

I pray then that we are emancipated from the morally bankrupt GMA government.

Thank you for your time.

Thank you for sparing
your time reading my
articles and browsing
through my photographs.
I hope you enjoyed it, and
I hope that even for a
moment, I became
an inspiration.
God bless you!